We Need Broad Sweeping Student Loan Forgiveness in the US 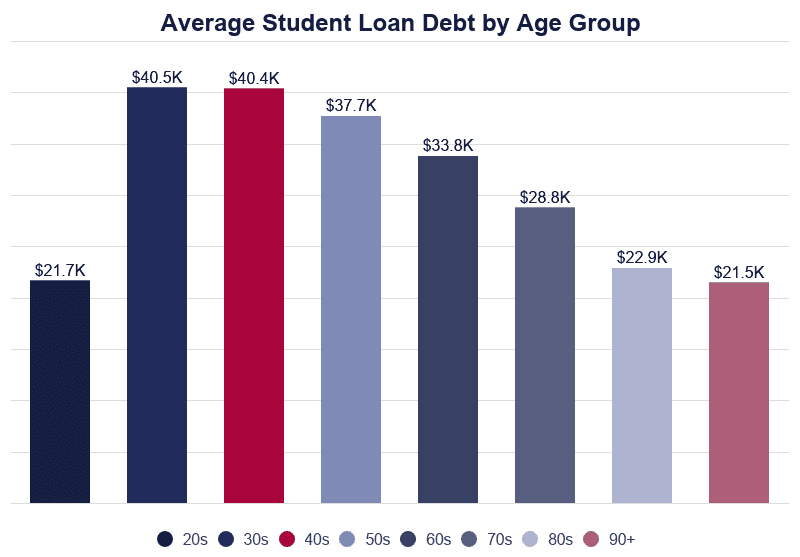 I wrote to my elected officials sharing how I support broad-based student loan forgiveness. If you don’t write to yours. It’s easy to confirm who your elected officials are and nearly all their websites have built in “contact me” forms. It’s good practice to help ensure your voice is heard and they work to support positions you support.

Here’s the gist of what I said to them:

Too Many Were Scammed into Taking Out Student Loans

Many Gen X and Millennials have been scammed into taking out tons of debt for higher education. They were sold false promises that the only way to advancement was to go to college. There was virtually no transparency on likely outcomes, expected salaries, job prospects, odds of debt costs changing/increasing during their 4+ years in school, etc. Those that were first generation college-entrants really had no idea what they were getting into.

Student loan debt is now holding back so many.

Too many were sold a false bill of goods. The student loans they are burdened with are just as bad as other predatory lending scams. They were told from Kindergarten that unless you have the physical skills and staminas to go into a trade, you need to go to college. And, go to the best college you can: it’ll guarantee you a good job to pay off any debt you take on. Meanwhile, colleges happily admitted students and loaded them with debts that they knew they couldn’t pay off. Teenagers who wouldn’t be approved for a $1,000 dollar credit card were approved for tens of thousands in student loans.

There are so many examples of the ways that young people were robbed and blindsided.

Berklee College of Music gladly let students sign up for debt loads of $100,000+ when many of their students fail to graduate (60% graduation rate is an improvement on their 1990s/early 2000s numbers) and many make $16,000 – $32,000 per year. Prior to Obama’s College Scorecard launched in 2015, there was no clear data released by schools that would allow students to really weigh what they were getting into.

It costs $46,000+ a year to go to Berklee today. That doesn’t factor in room and board (which brings it closer to $70,000/year). I double checked via the Internet Archive Wayback Machine to see how they advertised themselves when data on outcomes didn’t need to be disclosed. In 2014, they were advertising students graduating at “record rates,” but not saying that number was merely 60%, leaving 40% of their students burdened with debt and without degrees. Nor did they mention the average salaries years after graduating were less than half the cost to attend school per year.

Berklee was far from the only college engaging in this behavior.

A student who entered school in 2004 took out loans at 3.37%. By the time they graduated 4 years later, a Federal loan for their senior year would cost them more than double: 6.8%. Financial commitments that seemed reasonable in 2004, became crushing by 2008 when they entered the workforce in a recession. The growth in cost of a college education exceeded the inflation index to boot.

Predatory student loan lending is holding back generations of Americans. Too many are making decisions to delay or forgo marriage, having children, buying a home, as they work in substandard wage positions to pay back crushing debt loads at untenable interest rates to the Federal Government.

My Own Slog Has Been Soul Crushing

I took on about $70,000 debt total between undergrad and grad school and have paid a lot back. I’ve managed to have a family and buy a house. But it’s still been a soul crushing slog for us to tackle exorbitant student loan debts. I went into my $70,000 student loan debt assuming I could pay it off. I encountered a job market hostile to my PhD. Academic jobs that paid over $45,000 a year were disappearing. I was advised for a corporate job to keep off the fact that I have a PhD to increase my odds of being hired. I didn’t. I didn’t want to work for a company where my boss would then be weird and awkward if they found out I had a PhD. I’ve been paying on student loans since 2005: 16 years later and I’ve gone from around $70,000 to $25,000.

I began repaying my undergrad student loan in 2006. Original principal: $27,000. I paid it for a year, then deferred while in grad school. It grew to $29,200 by the time I finished my PhD. I’m lucky, it was a low interest rate, so, 15 years of income-based payments (and a stint of in school deferment), I’ve still got a mere $25,000 that I owe on that loan. If I keep paying for another 10 years, the remainder will be forgiven. This is just one of my loans. My graduate student loan was $37,000. I remember intending to aggressively pay it down in 2015. I was so proud that I took it from $37,000 to $30,000 by August of that year. I had plans to throw everything I could at it and live meagerly to make it disappear in another year or less. And then, instead, I was laid off. And so it began to grow again as my income based payments adjusted to account for all my lost income. For three years I made hundreds of dollars a month in payments and watched as the balance stayed over $30,000. I finally obliterated it with a windfall from stock options.

I’m one of the lucky ones.

I wish the misery of untenable debt burdens on no one.

There’s No Collateral to Liquidate with Student Loans

If you buy a house and end up underwater on it, you can sell or get rid of the house through foreclosure or deed in lieu of foreclosure to make it go away.

If you are drowning in student loan debt, there is no collateral to sell.

There is no timely debt discharge mechanism. Twenty or twenty five years of income based payments before forgiveness is too long. Even working 10 years in public service hoping you properly completed all the hurdles is too long and too difficult.

This chart from MarketWatch summarizes how student debt is extra fuel to systemic racial inequality in America.

Doing nothing or half-hearted measures won’t be enough. A quick and easy way to close racial wealth gaps and ensure success for all Americans is to forgive $50,000 in federal student loans. Is it the perfect measure? No. But there is no perfect way to direct relief to those who need it. Often incentives and relief are too concentrated at the ultra-wealthy who could manage without. Fixing healthcare would be a good alternative but that’s a bigger and messier beast to untangle. Forgiving student loan debt is the best plan I’ve seen thus far to direct a large chunk of money to those who most need it.