Month 1 into the Airbnb business: Here’s how it’s going 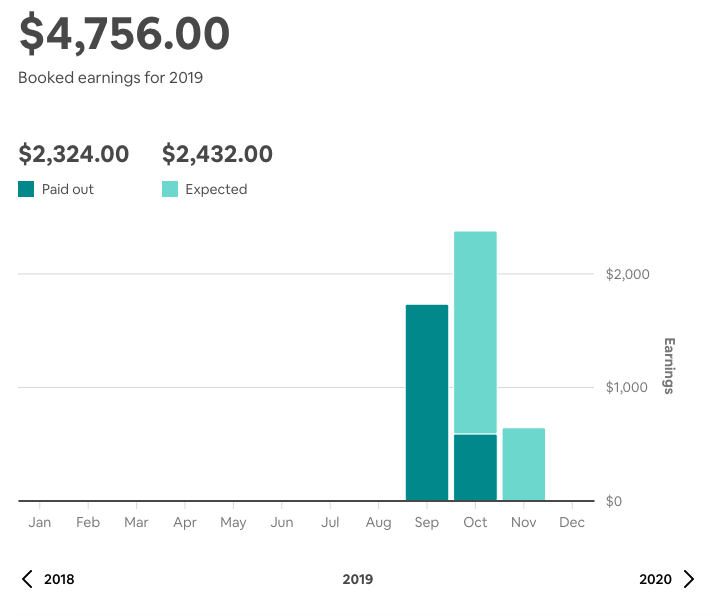 I’ve fallen off the grid on posting net worth as we’ve been consumed with flipping one of our units into a short term rental. We’re up and live on Airbnb. It’s been about one month that we’ve been available for rent on Airbnb and boy do we already have stories.

We’ve made some money already, but not buckets of money. I’ll go deeper into the analysis soon (I promise – we’re finally starting to see the light at the end of the tunnel as we get processes in place). September: We cleared about the same as if it had been a long term rental. So, not great. But also – we only had it listed for two thirds of September.

October: We’re still in October. Signs are looking good, but worrisome as I know slow season is approaching. We hit our minimal target ($1900/month in booking fees) at 40% occupancy. That means only 40% of the days of October are filled and we exceeded $1900/month in expected income. Hooray! But, $1900 is the bare minimum we need to pay the bills. We’re still not recovering much of the initial investment and we’re not making up for 3-months of vacancy losses yet. So, fingers crossed.

Instead of numbers, I wanted to give you a peek of other data points I’m obsessing over. Like how high our rental is featured on Airbnb’s listing pages. We can’t control it all, but we can see things like the spike in traffic when I sent out my facebook post to all my friends and then the gradual decline to steady state organic searches.

Running an Airbnb in Providence has been quite the ride over just one short month. We’ve already had a wild crazy party and got to learn about how to use the resolution center, what rights hosts have for misbehaving guests, what rights guests have. Luckily, we knew eventually things would go wrong. Ideally, it wouldn’t be front-loaded, but we had similar experiences when we first started as landlords. We had a bad experience three weeks in and nothing but great tenants and no-headaches in the year and a half since.

Fingers crossed we continue to build up our business over the winter and have even more fun developments to share!